Why Use Original Team Nisca Ribbon

Nisca ID card lamination ribbon with security hologram is more secure then other printer ribbon.  The Team Nisca printer, in addition to extremely high-quality printing, allows transparent lamination of the identification card. The optional laminator of the Nisca C151 printer and C201 printer applies additional plastic protection to the card which gives it superior durability. In order to further secure the identification card and in addition to ultraviolet ink, the protective thick overlay may include a personalized security hologram.

Check product availability before confirming the order. If you cannot find what you are looking for, our friendly sales team will help you find your exact printer ribbon match. Dial 01979-300-940 or 02-550-200-06 now! 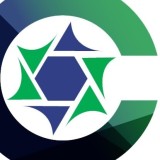